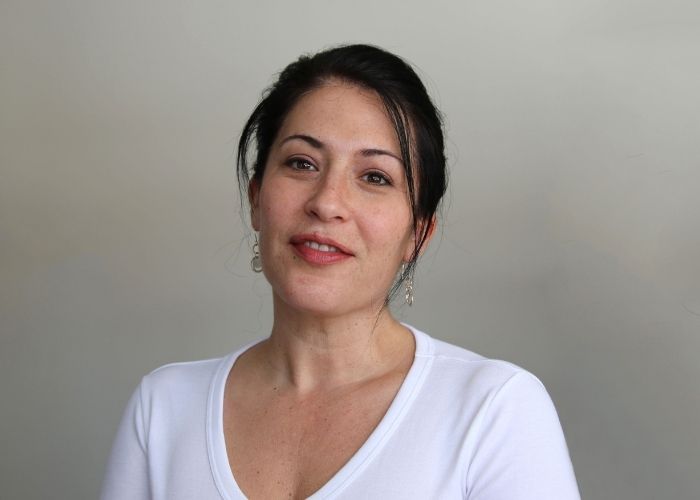 Say, “Look at the following two photos. When you find the difference between the two, raise your hand. Then, as a group, discuss why the university decided that the “addition” was needed. Have you seen other examples of this?” Then let them discuss.

Have your students read “The Contract Says: We’d Like the Conversation to be Bilingual” by Ada Limón. When you’re done,  briefly discuss how the poem reflects the same idea as what we saw in the photoshopped magazine cover.

Give your students some time to think about some other instances in which a group tried to appear “inclusive” or “diverse” but failed miserably because it wasn’t genuine. Ask them to write down how they felt seeing it (or experiencing it), or how others may have felt being subject to that treatment.

Have your students write a poem similar in sentiment to “The Contract Says: We’d Like the Conversation to be Bilingual” by Ada Limón in which they respond to a group’s hollow attempt to promote diversity or to appear more culturally sensitive than they actually were.

This lesson allows students to analyze various concepts and skills, so it is recommended that you have covered several of the “standalone” lessons before assigning this one. The prominent literary devices & techniques that this particular poem includes are: tone, selection of detail, imagery, and structure.

Watch the following video to introduce your students to the concept of “tokenism.”

When the video is done, read “The Contract Says: We’d Like the Conversation to be Bilingual” by Ada Limón. Then discuss how the speaker of the poem reflects the concept introduced in the video.

Have your students open the following document and go over the instructions with them. In this assignment, your students are going to have to compose a letter that essentially mocks the speaker of the poem for their ridiculous requests. Make sure you go over the sample with them on the second page, too, so they are aware of the expectations of the assignment.