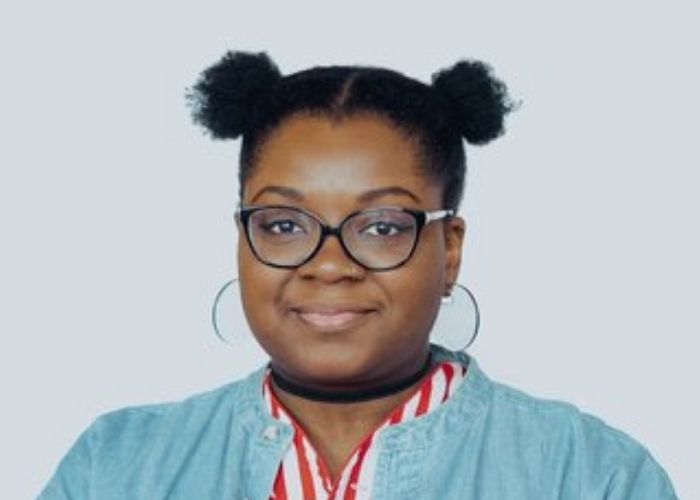 Let’s start by reading “STILL UNBUTTONED & UNBOTHERED: On Imagining That Freedom Probably Feels Like Getting the Itis” by Jacqui Germain. In this poem, the speaker compares the “amorphous and distant and yet-to-be-shaped” concept of Black liberation to the feeling of getting the “itis,” a colloquial term for the drowsy, sleepy feeling one gets after eating a large meal.

When you’re done, have them look at the poem again. Ask them, “What were some of the comparisons she makes to these feelings of freedom and liberation? What did some of these comparisons mean?” Then give them time to discuss.

Have your students write a poem like Jacqui Germain’s in which they take an intangible concept and describe it by comparing it to something else. Have them title your poem “____ feels like ____.”

If your students are not familiar with the concept of “selection of detail,” review the introductory lesson.

Start by watching the following video. Then talk about how some of the issues raised by the interviewees may contribute to their mental health or levels of stress.

Read “STILL UNBUTTONED & UNBOTHERED: On Imagining That Freedom Probably Feels Like Getting the Itis” by Jacqui Germain. Then briefly discuss how the two works (the clip and the poem) correlate with one another.

Have your students open the following document and go over the introduction and directions with them. In this assignment, the students are going to analyze select details from the poem and discuss how those details of elation, freedom, and liberation ultimately highlight the feelings of stress or trauma of black Americans conveyed in the video clip they watched earlier.

When the students are done, have them share their responses. If time permits, share the exemplar essay with them.